Why not just be you? 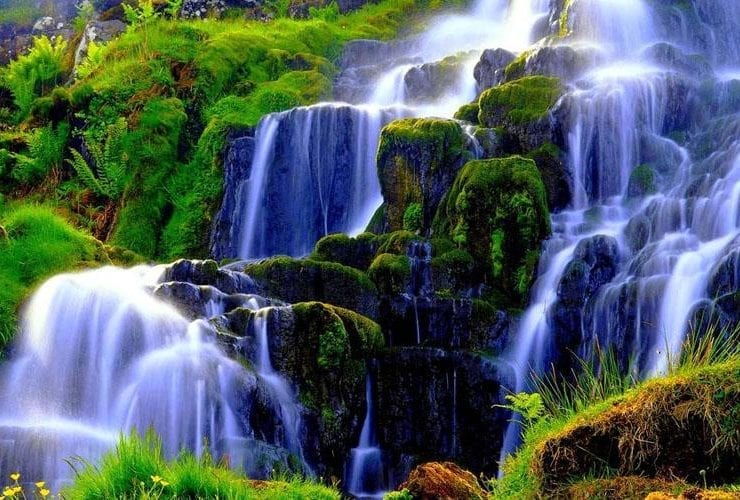 Just be yourself they kept saying. It’s not difficult. You just have to be you. How hard can it be?

We say this don’t we? Assume that we need to be ‘more’ of something. When it comes to being yourself, which ‘more’ do you need? More open, forgiving or understanding? More empathic, bold or fearless. Perhaps it’s more dynamic, go getting and generally deciding not to tolerate, whatever it is that you’re tolerating too much of.

Or maybe I ask myself, is this being more about being less? Is it about being quieter, thoughtful more measured and less impulsive? Whatever it is, I need to be more of it, in order to be myself.

How does that work? How can I feel like I need to be more or less than I am in order to be myself? How difficult can it be, just to be yourself? What is it others see, that we can so easily miss in ourselves? When all is said, the notion of being more of yourself, implies something missing. How can there be more of something missing ?

And indeed, if there were to be something missing, what would that ‘something’ be? What is it that other people want? What do they want to see? Perplexing? Confusing?

Of course, because if we think we are being ourselves, why are some people telling us to be just that? The thing is, there really is nothing missing, there is nothing wrong, there is no more, there is no less. What there is, is a willingness or potential lack of, to show this to other people.

Several years ago, I was doing some professional training. I’d been on the course for several week long blocks and was about to undertake my final assessment, which was a presentation using all the coaching skills I’d learnt over the previous weeks, the chance to showcase and be graded upon all the coachy stuff I’d learnt.

For those of you who know me, presenting, whether it be video or group, where there is little or no interaction, freaks the shit out of me. And this was just that! I’d prepared, I knew my stuff and yet, despite the fact that I knew these people, I was still pretty wound up.

I did my thing, I presented. I nailed it. Infact, I ran over time, not bad for a girl who didn’t want to be doing this. I got my feedback. Well done my tutor said. Couple of pointers, but on the whole, a great job. I smiled and turned to the other tutor. “Well done Katherine, I enjoyed that. I think that’s perhaps the first time I’ve really seen you show up as you. It was nice to see.”

You know when that cartoon ‘wah wah wah’ plays? You know that time when the smile freezes to your face and tears are a nano second away from totally destroying you? That. That was literally how I felt.

Crushed doesn’t even begin to cover it.

You see people can smell a lack of authenticity a mile off. I say smell because it’s an intangible. An incongruence or a mismatch in behaviour. The typical say one thing and do another.

Now before I label myself as some phoney or fake here, which believe me is how I felt at the time. I’m going to say that we all do this at some time or another. We all fail to show up as who we ‘really’ are or to trot out the old one; “The best possible version of ourselves.”

I think what’s interesting is what makes us behave like this. What makes us think that it’s not ok for other people to see us whole? What would happen if people did see us for who we really are? When I ask that question, people instinctively respond from a place which makes them feel like they have something to protect. The ‘What if ..” The part of you that assumes you’re not quite good enough that you don’t measure up. Try it and see, ask yourself the question and I’ll bet my Rolex with the ticking second hand, that you don’t immediately come from the place that thinks that you’re so incredible, that however you show up, there’s nothing to worry about.

Maybe that’s a tall order. But being aware that this fear of not being enough is perhaps just a thought we carry round in our heads; could be the beginning of a complete change of heart.